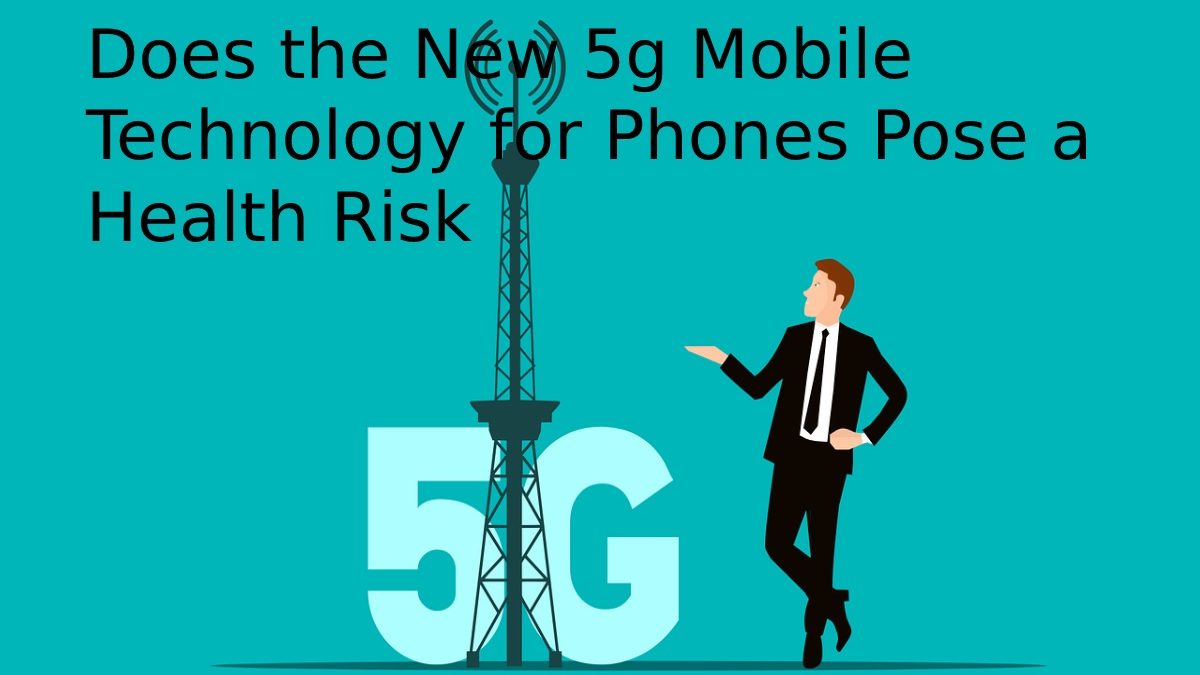 The 5g Mobile Technology network has already begun to use in some cities worldwide, and some wonder if this new technology carries health risks.

What is Different About 5g Mobile Technology

As with previous cell phones, the 5g  network relies on signals sent by radio waves – which are part of the electromagnetic spectrum – transmitted between an antenna or communications tower and your phone.

What are the Fears?

The electromagnetic radiation used by all cell phone technologies has led some to worry about its health risks, such as developing certain types of cancer.

However, the WHO, together with the International Agency for Research on Cancer (IARC), has classified all radiofrequency radiation (of which mobile phone signals are a part) as “possible carcinogens”.

It was placed in this category because “there is inconclusive evidence that exposure can cause cancer in humans.”

Eating pickled vegetables and using talcum powder are classified at the same level of risk.

A toxicology report published in 2018 by the US Department of Health aimed at those who expressed safety fears found that male rats exposed to high radiofrequency radiation developed a cancerous tumor in the heart.

For the study, the rats’ whole bodies were exposed to mobile phone radiation for nine hours every day for two years, starting at birth.

No cancer link for the female rats or mice study. He also found that the rats exposed to radiation lived longer than those in the control group.

One of the research scientists said that “the exposures in the studies can directly comparable to the exposure that humans experience when using a cell phone,” even with heavy users.

Dr Frank De Vocht, who advises the British government on mobile phones, says that “although some studies suggest a statistical possibility of increased cancer risk in heavy users, the evidence for a causal relationship is not convincing enough to indicate the need to take preventive action.

However, scientists and doctors have written to the European Union, calling for the 5G rollout to stop.

The band of radio waves – used in cell phone networks – is non-ionizing, “meaning it lacks enough energy to break down DNA and cause cell damage,” says David Robert Grimes, a physicist and cancer researcher.

Further up the electromagnetic spectrum, beyond the frequencies used by cell phones, there are clear health risks from extended exposure.

The sun’s ultraviolet rays fall into this damaging category and can lead to skin cancers.

There are strict limits on exposure to even higher levels of energy radiation, such as medical X-rays and gamma rays, which can lead to harmful effects within the human body.

“People are understandably concerned about whether it should raise cancer risk, but it’s crucial to note that radio waves are much less energetic than even the visible light we experience every day,” says Dr. Grimes.

“There is no respectable evidence,” he says, “that cell phones or wireless networks cause health problems.”

Should we Worry About 5g Transmission Towers

But crucially, since there are more transmitters, each must operate at lower power levels than the previous 4G technology, meaning the level of radiation exposure from 5G antennas will need to be lower.

British government guidelines on cell phone base stations. Say that radiofrequency fields in places ordinarily accessible to the public are well below guideline levels.

And the Dangers of Warming?

Some of the 5G spectrum allowed under international regulations falls within the microwave band.

Microwaves generate heat in objects they pass through.

However, at the legal steps used for 5G (and earlier cellular technologies). The heating effects are not detrimental, says Professor Rodney Croft. Adviser to the International charge on Non-Ionizing Radiation Protection (ICNIRP).

The maximum radio frequency level that someone in the community. Can expose to from 5G is so small that no temperature increase has obese.

The British government notes that “although a small increase in total radio wave exposure is possible. When 5G  add to the existing network, total exposure expects to remain low.”

In the UK, the frequency range of 5G signals introduced is within the electromagnetic spectrum’s non-ionizing band. And well below what ICNIRP considers dangerous.

“ICNIRP has thoroughly considered the exposure that 5g Mobile Technology will produce. And restrictions have been placed below the lowest level of 5G-related radio frequency that can cause harm. Says Professor Croft.

The WHO states that EMF exposures are below the limits recommended in the ICNIRP. Regulations do not appear to have any known health consequences.

The Best Ways to Advertise in Minneapolis