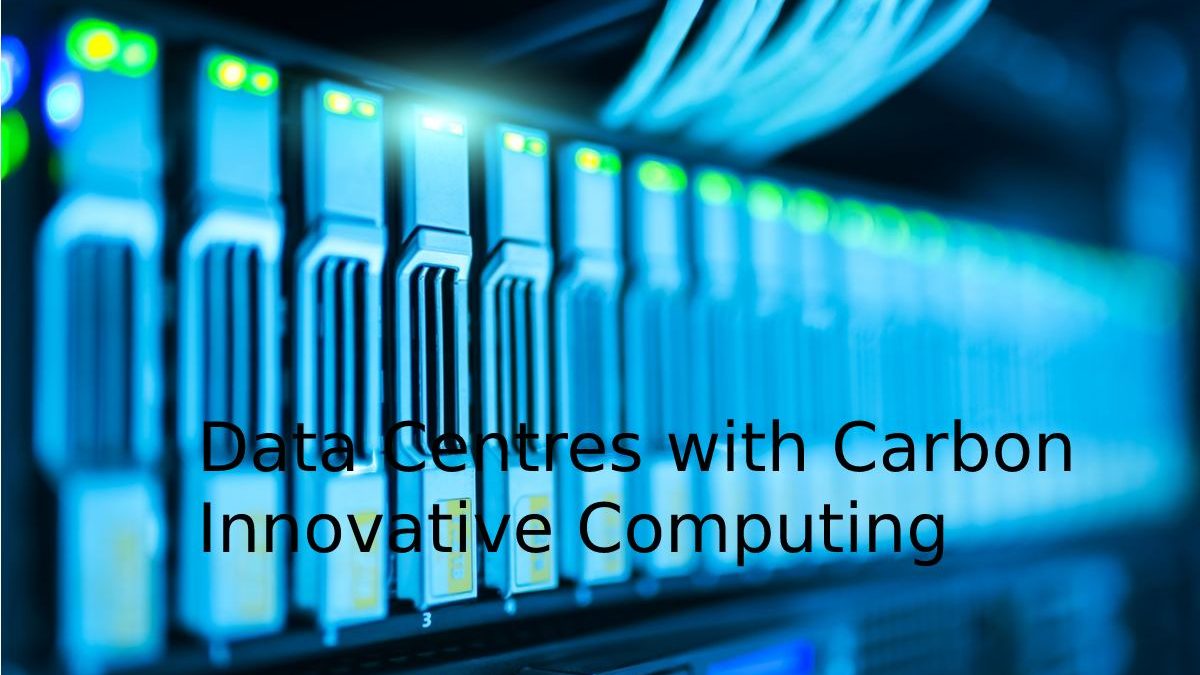 Google Technical Lead for Carbon Smart Computing Platform, is clear that addressing the challenge of climate change requires a transformation of how the world produces and uses energy, especially if it is for use in hyperscale data centers.

At Google, according to her, they have been carbon neutral since 2007; however, she says that 2019 marked the third year in a row that they matched their energy use with 100% renewable energy purchases.

He confirms that the corporation is working to obtain carbon-free energy 24×7 in all the places where they have data centers that deliver their products to billions of people worldwide.

And it is that Google they have created a new intelligent computing platform in carbon. This is their latest breakthrough in sustainability developed by a small team of engineers, who were able to identify the benefits that this carbon-smart computing platform could have.

He has indicated that they designed and implemented this first-of-its-kind system for their hyperscale data centers, that is, those that are very large, to shift the time of many computing tasks when low-carbon energy sources (such as wind and solar) are more abundant.

This is done without additional hardware and without affecting the performance of Google services such as Search, Maps and YouTube, some of the most used by people 24 hours a day.

“Each day, in every Google data center, our Smart Carbon Platform compares two types of forecasts for the next day. One of the forecasts, provided by our collaborator Tomorrow, predicts how the average hourly carbon intensity of the local power grid will change over a day.”

Meanwhile, a complementary internal forecast from Google predicts the hourly energy resources a data center needs to run its computing tasks during the same period.

The company then uses the two forecasts to optimize patterns, hour by hour, to align computing tasks with low-carbon electricity delivery times.

According to the executive, the first results show load shifting work with carbon awareness. “Our pilot results suggest that we can increase the amount of low-carbon energy we consume by changing computing jobs.”

In addition, he has added that the data from the pilot illustrates how the new system changes the computation from the baseline (dashed line) to better align with less carbon-intensive times of the day. Such as early morning and late evening ( solid line) when wind power is most abundant.

The first version of this intelligent carbon computing platform focuses on shifting tasks within the same data center at different times of the day.

“But it’s also possible to move flexible computing tasks between different data centers, so more work gets done when and where it’s more environmentally friendly.”

The company plans to change the load in time and place to maximize the reduction of CO2 emissions at the network level.

Data in a Public Cloud

A so-called public cloud is an infrastructure that shares several users. Note that “public” does not mean “free” nor that user data is accessible to anyone. Instead, suppliers implement security mechanisms to guarantee the confidentiality of data and access rights. In this configuration, the information storing in large data centers.

But the precise geographical location is essential for regulatory reasons. Confidentiality is not approached in the same way depending on the country in which the data centers locate!

The infamous Patriot Act allows American authorities to access European data hosted on American cloud infrastructures, including if the latter is in European territory. However, cloud players are not always apparent on the subject. For example, online storage services such as Google Drive. Dropbox or SkyDrive specify, more or less transparently, where their data centers in.

Even if the provider has data centers in Europe, nothing says that your data is there and not in the USA. In this model, it isn’t easy to precisely know the exact location of the data and ensure their confidentiality.

Data in a Private Cloud

The private cloud integrates into your company, with all the guarantees reduced by a dedicated hardware infrastructure. In other words the company has its infrastructure. Manages it only for its needs: it does not share it with anyone.

Private cloud computing provides services to a single customer or organization, managed solely for that purpose. The service can administer by the organization itself or an external provider. The private nature of this service makes it less vulnerable to network security. Capacity issues than the vulnerabilities that a public service might encounter.

At the same time, private “clouds” allow providers and customers to control their infrastructure better. This helps build security and resilience, as restricted access to services and networks.

There are two scenarios: the company can own the infrastructure or rent it from a service provider. The best known are OVH cloud, Iskoola, or even Amazon. This is called a hosted private cloud.

The data is easy to locate in the first case: it stays with you. However, in the second, the question arises for a public cloud: where are the data centers? The difference is that hosted cloud providers are generally more transparent about server locations. OVH cloud, for example, gives you the option of choosing your data center. In addition, you have a dedicated infrastructure.

To take an image, it’s like renting a studio in a building.The owner owns the walls. But you are free to arrange the interior. Enter and leave as you see fit, and above all, you alone have the keys!

The localization of data and their security remains a common-sense question. As soon as a service provider is involved, it has a particular responsibility. It would be best to demand complete transparency from your service provider on the infrastructure and technology. These have a significant impact on the security and confidentiality of the information you entrust.

How to Get Back your Snapchat Streak?

Games You Can Play on Shiba Inu Casinos

What is STEM Education, and what are its Benefits?