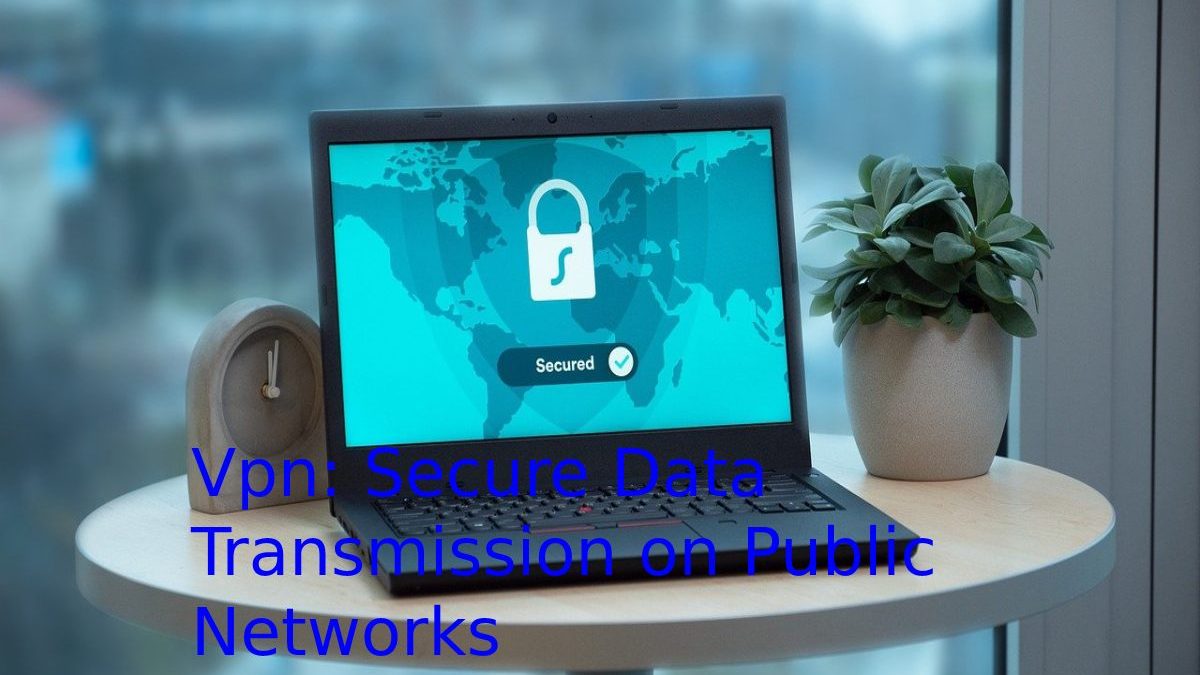 Data Transmission: The world is becoming more linked, and this offers a wide range of possibilities to design business processes more efficiently, although it also brings certain dangers. More and more companies use the Internet as a work tool, which allows them to work from home or have mobile workstations, connect from different places or make it possible for clients and partners to use their own IT infrastructure. In this regard, various communication technologies come into play to protect the transmission of sensitive data from access by unauthorized persons. One of the most common solutions is the use of a VPN network.

What is a VPN?

A virtual private network Data Transmission is a virtual communication network managed based on a physical network although logically separated. The Internet is the most used means of transport for VPNs. To ensure the confidentiality of data during its transmission over a public line, the transport channel in a VPN network is protected by encryption and authentication procedures. In this sense. We speak of tunneling or tunneling since the data transferred through a virtual private network is not visible to other users of the underlying public network. Therefore. A VPN can transport sensitive data more securely over an unreliable connection and is a cost-effective alternative to private lines.

The most critical areas of application regarding the installation of a VPN are the connection of two or more companies through a public network ( VPN Site to Site ). Access to the company network from home or any other place ( VPN End to Site) and remote access from one computer to another ( VPN End to End ).

A Site-to-Site VPN or Point-to-Point VPN occurs when several local networks integrate into a virtual communications network through a public transport channel. This type of state of affairs occurs, for example, when establishing the connection between different companies, agencies or establishments. Alternatively, the site connection can also implement as a corporate network (Corporate Network)based on a fixed relationship. In this case, however, you have to rent the corresponding infrastructure. The connection is through a VPN network, on the other hand. Uses the public network, so only the costs for the Internet connection have to be counted. Establishing a point-to-point VPN requires that each point has a VPN router and creates the tunnel between the local network. Other names for point-to-point VPN are LAN-to-LAN VPN or Branch Office VPN.

Companies turn to End-to-Site VPNs, also known as remote access VPNs. When they need to create access for those users who do not work on-site but instead work from home or any other place outside the office. . They tunnel to the local network using a VPN client on the external worker’s terminal equipment, where the Internet becomes the transport channel. With all this, workers can connect to the company network, the file or email server or use the specialized software of the sector in any place as long as they have access to the Internet.

If remote access does not occur on a local network but occurs between one computer and another. We can talk about VPN End to End. The essential characteristic of this type of VPN is the connection created through the so-called remote desktop. This is a technique that application programs carry out on one computer, represented and operated from another. The transport channel can be the Internet or a local company network. A remote desktop VPN applies when workers work from home and need to access the computer located at their workstation in the business context.

Technical Applications of a VPN network

Internet Protocol Security, better known by its acronym in English IPSec, is a set of protocols designed for version 6 of the Internet Protocol (IP) for IPv6. This guarantees secure communication over unreliable IP networks and safeguards data transmission confidentiality, authenticity. And integrity through encryption and authentication mechanisms. The IPSec protocol was develop alongside IPv6 and later also implemented for IPv4.

A virtual private network created using L2TP over IPSec uses L2TP or “Layer 2 Tunneling Protocol”. L2TP does not contain any encryption system to combine with IPSec. While IPSec can only transport IP packets over the tunnel, L2TP supports many transport protocols. The combination of L2TP over IPSec unites the strengths of each standard. And results in a flexible tunneling protocol with a high degree of security.

The SSL protocol was originally intend for use in HTTP and is application-independent. Said cryptographic protocol protects VPN connections. One of the most popular software solutions for creating a VPN network over an SSL connection is OpenVPN.

What Other Options Do You Have Besides Marriage?

7 Effective Tips to Counter Water Pollution in the US