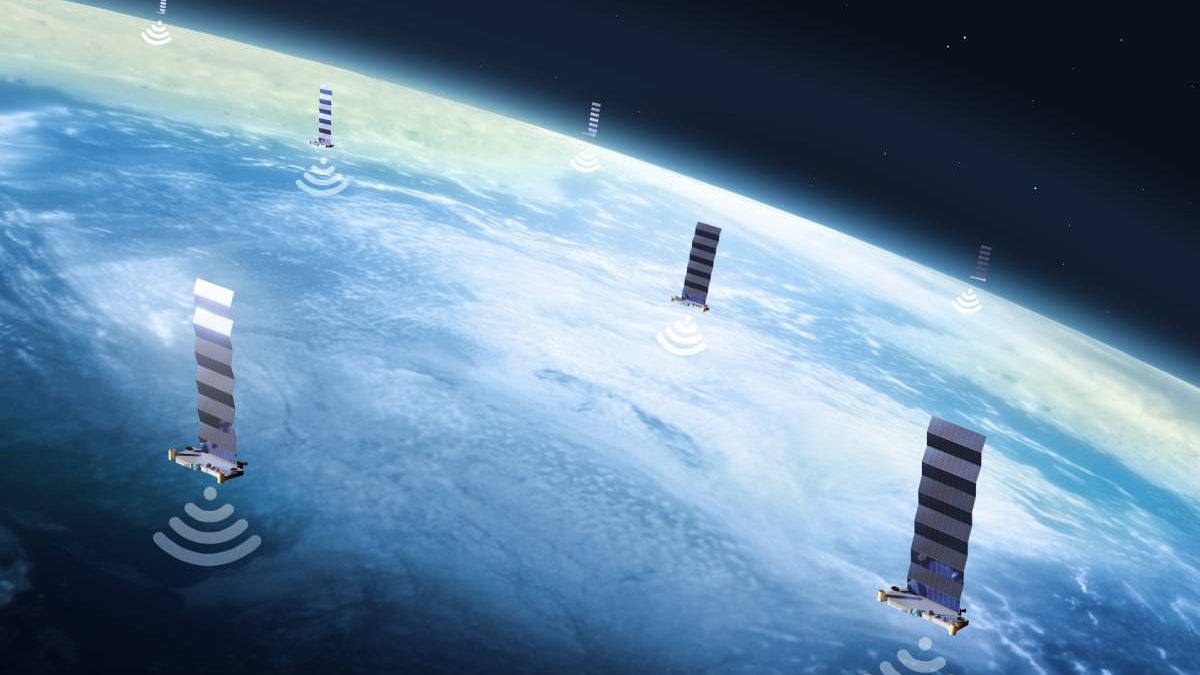 We all know how challenging it can be to get a decent connection during our flights. Whether it’s for work or entertainment, the future of in-flight WiFi has never been brighter. Elon Musk, the visionary entrepreneur behind Tesla and SpaceX, is on a mission to revolutionize in-flight WiFi. His plan? To use his own space-based internet network, Starlink, to provide faster and more reliable internet connection for passengers while they are in the air.

In this article, we’ll get to know a bit more about Starlink and how it can revolutionize in-flight internet connectivity. Let’s begin!

Starlink is a planned satellite constellation consisting of thousands of small satellites (also known as microsatellites) that will orbit the earth at low altitudes. These satellites will be used to provide high-speed internet access anywhere in the world, including in airplanes. The idea is that these satellites will be able to provide speeds up to a half gigabit on air, several times faster than current in-flight WiFi services.

Starlink is still relatively new to the satellite internet industry. It has two major competitors, Viasat and HughesNet, which are two of the most popular satellite internet providers in the United States. Starlink still has a lot to prove, but many people have been pleased with their offerings since it launched.

Aside from providing passengers with lightning-fast speeds, there are other potential benefits for airlines that choose to use Starlink for their onboard WiFi services. Here are some of them:

It can help reduce costs.

It can be pretty expensive to purchase and operate an in-flight WiFi system, especially since you need dedicated antennae and ground stations at each airport. But with Starlink, the cost is much lower since there are no costly ground infrastructure costs associated with it.

It can provide faster speeds.

We all know how slow in-flight WiFi connections are. Currently, airlines use Viasat and Intelsat satellite internet. But Musk is planning to compete against these satellite internet giants as he plans to provide a half gigabit, low latency internet on air.

It may help reduce jet lag.

Starlink internet might also be beneficial to passengers by helping them avoid jet lag. Studies suggest that having access to the internet while in flight can help reduce the effects of jet lag since it gives travelers something to do and takes their minds off their current situation.

The Future of In-Flight WiFi

Elon Musk’s plan is still very much in its early stages, but it has already garnered attention from many big players in the airline industry who recognize the potential benefits of using Starlink’s high-speed internet connections on their flights. If successful, it could open up a whole new world of possibilities when it comes to providing passengers with an enhanced in-flight experience—one that doesn’t involve choppy videos or slow loading times.

Overall, Elon Musk’s plan to use his own satellite internet network, Starlink, to provide faster in-flight WiFi is an exciting prospect, especially for passengers who want a better flying experience, as well as airlines looking for ways to cut costs and improve customer satisfaction levels.

With Musk’s plan still very much in its early stages, only time will tell if this technology can truly revolutionize the way we fly by delivering next-generation in-flight connectivity solutions. But given Elon Musk’s track record with groundbreaking projects such as Tesla and SpaceX, we have high hopes that Starlink just may be the game changer we’ve been waiting for all this time!

Top Characteristics of a Successful Entrepreneur

7 Best Disney Plus Movies to Watch This Coming

Important Tips for Moving Out During Home Renovation