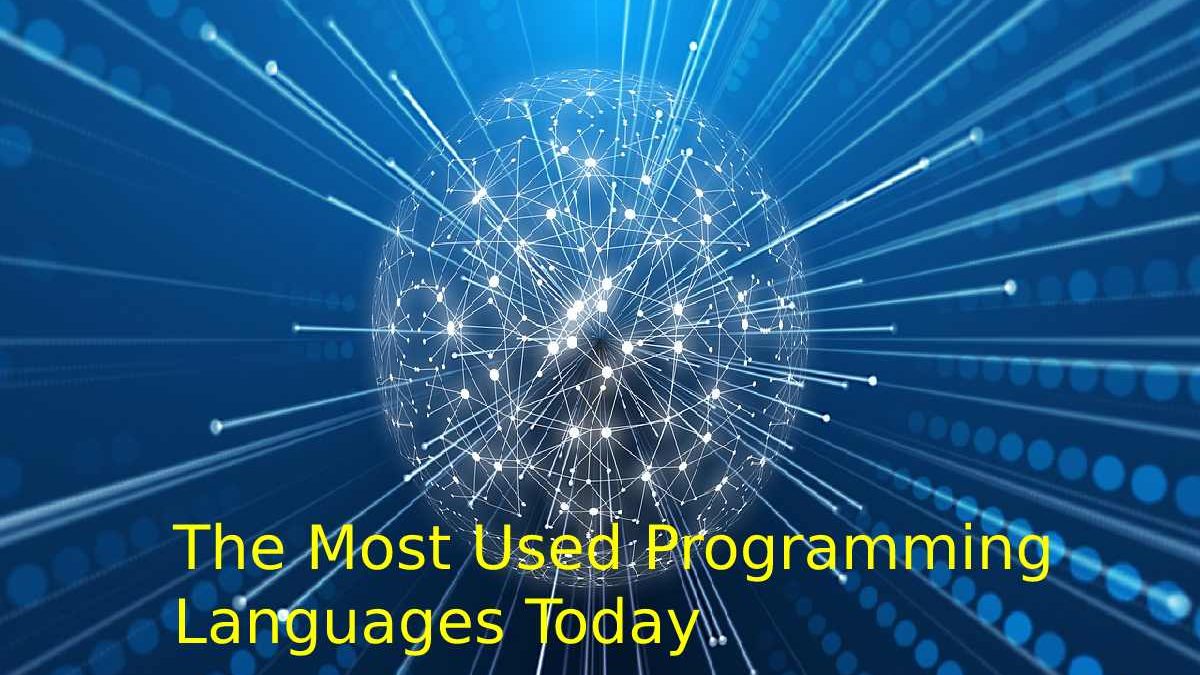 Programming Languages can be the springboard to landing the first job or advancing in a new career as employers increasingly seek programming skills.

According to the United States Bureau of Labor Statistics (BLS), jobs in computer science and information technology will grow 13% between 2020 and 2030, an important figure for all people thinking of studying a career in these areas. And the employment portal TicJob also published that the most demanded profiles are developers since they account for 41% of the total demand in the sector. Including analysts and programmers. Regarding the type of programmers, 46% of the companies analyzed require Back-end profiles, 32% Fullstack professionals, and 22% Front-end specialists.

In the following article, suppose you want to dedicate yourself to the world of development and looking to learn new programming languages. In that case, we will tell you which are the most demanded, helpful and most used in the market.

Since its creation in the mid-1990s, Java has always been among the most popular programming languages ​​, and 30 years later, it is still a leading programming language. Java is, in fact, the native language of Android, the most widely used mobile platform in the world.

One of its main features is that it offers great portability and can run on almost any system. It is also highly scalable popular with large companies and startups. It’s a statically typed language, so it’s fast and easy to maintain, with few bugs. It is also backward compatible, and this helps keep costs down for an organization as there is no need to rewrite code every time a new version is released constantly.

Python release in 1991 took quite a while to gain a following. However, it has grown thanks to its capabilities in machine learning, data science, and artificial intelligence in recent years.

It is a high-level programming language used to develop applications of all kinds. finds uses in building web applications, data analysis, and algorithm development. It has a user-friendly syntax and focuses on code readability and simplicity, making it ideal for entry-level developers, especially those pursuing a career in artificial intelligence, big data, robotics, or cybersecurity.

Although not the most straightforward programming language for a beginner to learn, C++ is essential in many areas: for example, some operating systems a built on it. And you can find it in a wide variety of software, such as web browsers, distribution, database software or video games.

Thanks to its portability and early adoption by tech giants like Apple or Microsoft, it is one of the oldest and most popular programming languages.

Its features are similar to those of Java, and C# effectively creates Windows desktop applications and games. It uses to develop web and mobile applications, and it is often used for large enterprise applications, such as banking transaction processing. It is also popular in the gaming industry as 34% of mobile games  using C#, along with virtual reality applications. Present in games that use Unity, such as Temple Run Trilogy or Assassin’s Creed.

Since 2019, Google has declared this priority technology; that is, new developments would  made for Kolten, and, once finished, they would be implemented in Java. This made the mobile sector realize the importance of said language and focus on it. More than 80% of the top 1,000 Android apps use Kolten.

It is not a very easy language for someone who wants to take their first steps in programming. So it recommends learning Java before learning Katlin.

Unlike the previous one, this language allows you to publish your applications in the AppStore, so if you want to gain a foothold in this market. You should start by learning Swift. It is the programming language for iOS and created Apple itself.

It was born as an alternative to Objective-C and characterized by being clear and concise. Thus reducing program errors and helping to have a more precise syntax.

It is another popular programming language for back-end web development. Large companies such as Facebook, Yahoo, Wikipedia, Slack, or Spotify use it as it is one of the languages. That drive the web. Both for its intrinsic characteristics and frameworks that allow robust and rapid development.

JavaScript is mainly use in web development to add interactivity to a site, whether in games, buttons, animations, or forms. There are more than 1.7 billion websites globally, and it uses approximately 95% of them, which makes the reach of JavaScript huge.

It is versatile, easy to learn, and a core language. With added flexibility through additional development tools that unlock features with minimal effort. Furthermore it is a cross-platform language that helps implement applications on mobile and desktop platforms.

Why Study Cosmetology and Makeup Career

Spotify Codes – What they are, How to Show them, and More

What is AutoCAD – and what is it for